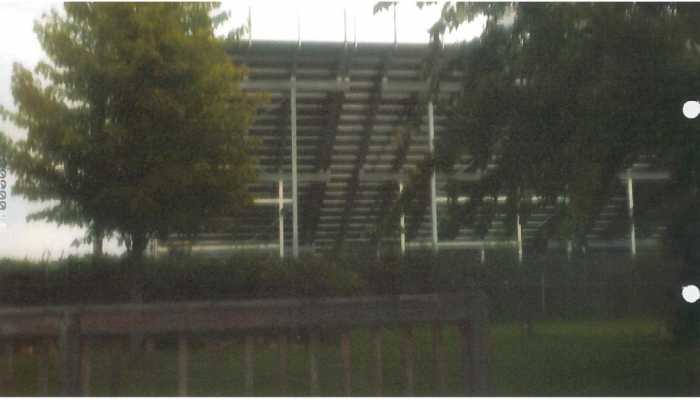 The Facts of Gurba

This case involves Crystal Lake South High School (the “School”), which is located in an area zoned “R-2 residential single family,” in the City of Crystal Lake (the “City”), a municipal corporation with home rule authority. The School is a legal, non-conforming use. The Board of Education of Community High School District No. 155 (the “Board”) decided to replace the School’s football stadium bleachers, planning to switch the locations of the home and visiting bleachers. This change placed the new, larger and higher home bleachers closer to the property lines of abutting residences. Prior to construction, the Board applied to the McHenry County Regional Superintendent of Schools for a building permit, which was issued pursuant to §3-14.20 of the School Code. The district did not notify the City or apply for a building permit, zoning approval, or storm water management before it began the project.

When the City learned of the project, it ordered the Board to stop work until the Board obtained a special-use permit, a storm water permit and zoning variances. The Board, believing itself exempt from the City’s zoning authority, ignored the City’s order and completed construction of the new bleachers.

Unsurprisingly, residents living next to the School sued the Board, alleging that the bleachers did not comply with the City’s zoning regulations and that they negatively impacted property values.

Simultaneously, the School district filed a declaratory judgment action that requested the court provide a definitive ruling as to whether it must comply with the City zoning ordinances at issue.

The Supreme Court explained that unless an express statutory exclusion exists, “municipalities are empowered by the Illinois Municipal Code to regulate all land uses within their territory.” Although the General Assembly has exempted certain entities or uses from municipal zoning regulations (such as political campaign signs, and antennas for amateur radio communications), no statutory provision exempts school property from zoning regulations. Thus, the Supreme Court concluded that “under the plain terms of the Municipal Code, school property is subject to municipal zoning laws.”

The Court also examined the fact that the City is home rule, giving it broad powers to perform functions related to its government affairs – such as zoning – unless a statute expressly pre-empts such powers. Despite the Gurba Court’s focus on the City’s home rule authority, the Municipal Code grants non-home rule municipalities essentially the same power to enact zoning regulations, and nothing contained in Gurba, or in statute, suggests a non-home rule municipality has any less authority to impose zoning regulations on school property.

The Board tried to argue that permitting the City’s zoning powers to extend to school property unduly interfered with the General Assembly’s “constitutional authority to regulate the public education system.” The Supreme Court disagreed. In fact, the General Assembly expressly acknowledges and accepts the application of zoning ordinances to school property, as Section 10-22.13a of the Illinois School Code authorizes school boards “[t]o seek zoning changes, variations, or special uses for property held or controlled by the school district.” The Board also argued that the City’s review and inspection of school construction plans is limited to the Health/Life Safety Code for Public Schools; however, the Court held that nothing contained in this code – or the statutes imposing it – alter the statutory authority municipalities have to enact and enforce zoning regulations.

The Supreme Court held that the School district and Board were subject to the City’s zoning regulation. As a consequence, the school has to tear its new bleachers down.

The Supreme Court’s decision in Gurba should put to rest the perennial debate between municipalities and school districts within their territory with respect to zoning. Following Gurba, school districts would be well-advised to communicate early and often with their municipality’s zoning departments to ensure compliance with all applicable regulations. In turn, municipalities may want to review current regulatory compliance by schools within their jurisdiction to determine what action, if any, would be appropriate.